Since 2013, we’ve seen the rise of streetwear as a cultural, fashion and business trend. With many indie brands coming out from nowhere, like Anti Social Social Club, OFF-White and many more, streetwear in its entirety became the biggest focus in triple As brands like Gucci, Louis Vuitton, Fendi and many more. Why? Let’s break it down in a simpler way.

Companies like Zara and Primark naturally developed the rise of streetwear as a cultural trend: by providing good-looking pieces with an overall poor quality, they put the foundation to the streetwear business model. Brands like Anti Social Social Club and OFF-White have been called out multiple times for their quality, which was not matching the retail price of their hoodies and tees, for example.

In order to better understand why streetwear is potentially the best working business model within the fashion industry, we must analyse Supreme as a brand. By selecting certain pieces, such as their mesh trucker hats, the brand started to occasionally list them on their site, guaranteeing themselves a big number of sales every month, that was based on the fact that those were the most wanted pieces. Today, this entire concept is known as “drop” and it’s probably what every Hypebeast is waiting for.

Kanye West’s brand is the definition of streetwear, especially for his collaboration with Adidas when it comes to footwear. Currently one of the most expensive pieces available online, Yeezys V2 350 are definitely the most popular shoes out there. With that being said, we can easily understand why pieces like Balenciaga Triple S became popular lately: because they have been worn by famous personalities and influencers. That’s right, the entire streetwear heavily relies on online marketing and influencers, which are indeed the reason why these brands are coming out from nowhere.

Streetwear is definitely guided by indie designers and heavy branding, which is why the business is so successful. Given the fact that we’re all living in the Instagram era, where everyone takes a picture of their mens twin set when it arrives, it was quite easy for brands that wanted to invest in the matter to become big.

With examples like Comme Des Garcons, OFF-White, Bape and Anti Social Social Club, the streetwear business is confirmed to be a very competitive yet niche one, which is why colossuses like Gucci and Louis Vuitton decided to step in. 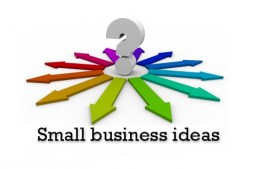